We tend to make a new batch of almond milk almost weekly. If you’ve never made almond milk you may be surprised that it’s a fairly easy thing to do and, according to my wife (and niece) it’s healthier for you too. 🙂

Though we tend to use our homemade almond milk almost exclusively in fruit smoothies as part of our morning breakfast, you could use it in cereal and MAYBE even drink it but I personally don’t like to drink our almond milk… it’s NOT like drinking cows milk.

Well, you can purchase a three-pound bag of almonds for under $25 from Amazon and wind up making about nine to ten quarts of almond milk (more if you water it down).

Even compared to the $3+ we occasionally spend on half-gallon containers of organic milk you’re NOT saving money by making homemade almond milk. We tend to do it for health reasons and because my wife prefers it.

How to make homemade almond milk

Like I said, it’s a really simple process and one that anybody can do so long as you have a quality blender…

I usually take one cup of dry almonds, add at least twice as much water, and let them soak overnight. You can, if you’re in a rush, let them soak for a minimum of four hours but overnight is best. Likewise, it may be possible to have them soak for too long; I’d say 24 hours is the max: 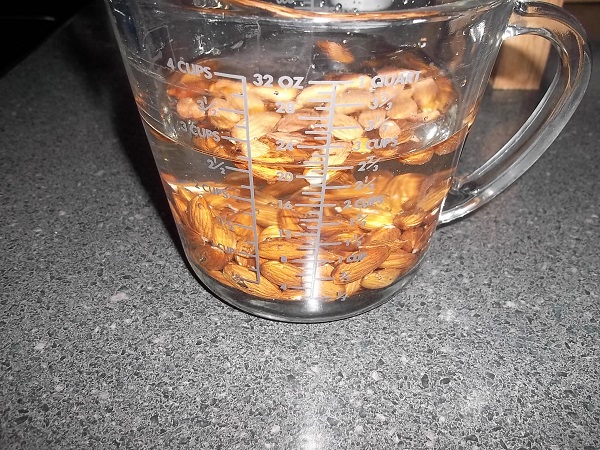 As you can see below the almonds have soaked up water to be about twice their original volume. Though not shown, now you need to blend them in a blender until it almost looks like milk. This is where a quality blender comes into play. To make the milk, I usually blend about one cup (or half) of the soaked almonds to roughly three cups of water. You can adjust the water ratio to make the milk more or less watery but we find three cups water to one cup soaked almonds works out well. In this example I will have blended almonds with water twice. You could, I supposed, try to blend it all at once if you like: 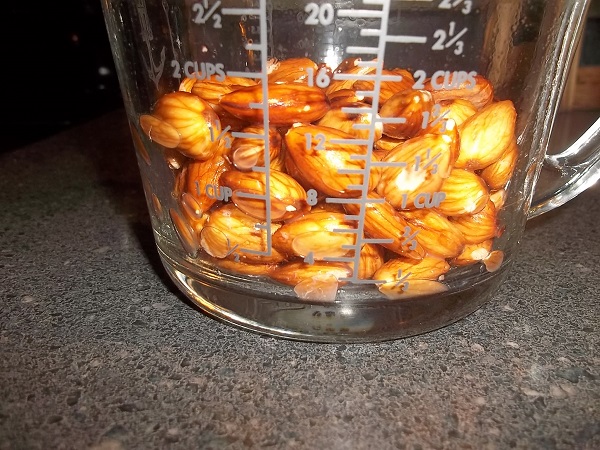 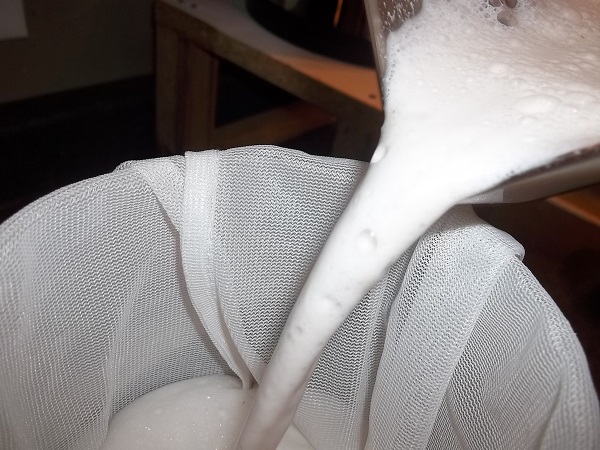 That’s all there is to it.

Like I said, you should have nothing but pulp left. I know you can do something with the pulp but I usually tend to just compost it: 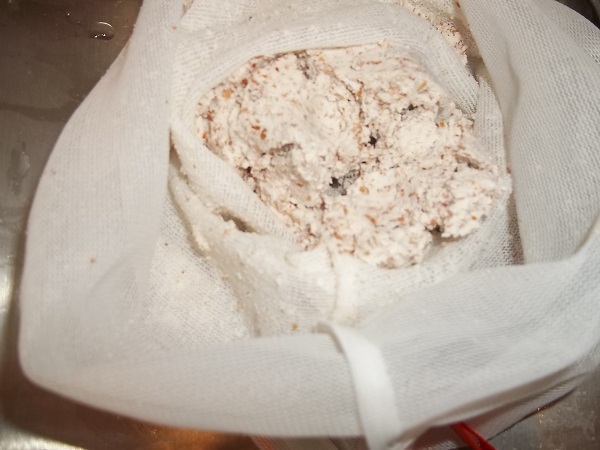 How much it makes…

In this case, I made about one and one-half quarts of almond milk which isn’t bad for starting from one cup of dry almonds. If I had chosen to blend the soaked almonds with more water then I might have been able to stretch it to a full half gallon but that’s a bit too watered down for us: 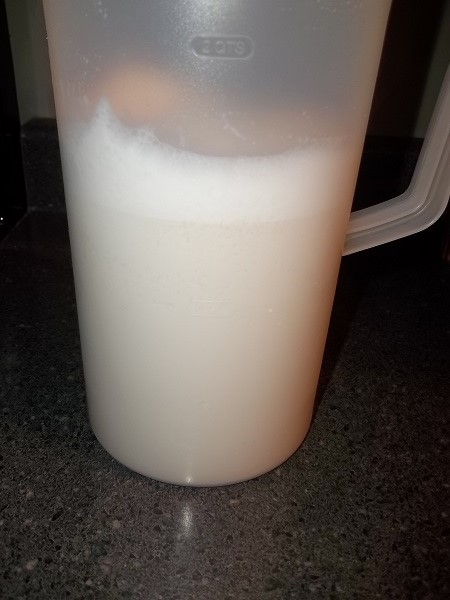 There are a few things to point out:

Again, it’s not a cost-effective way to make milk but we do like the fact that our homemade almond milk is free of preservatives and plenty of other things I can’t pronounce. 😉 What about you? Have you ever tried to make your own almond milk or perhaps another nut milk? 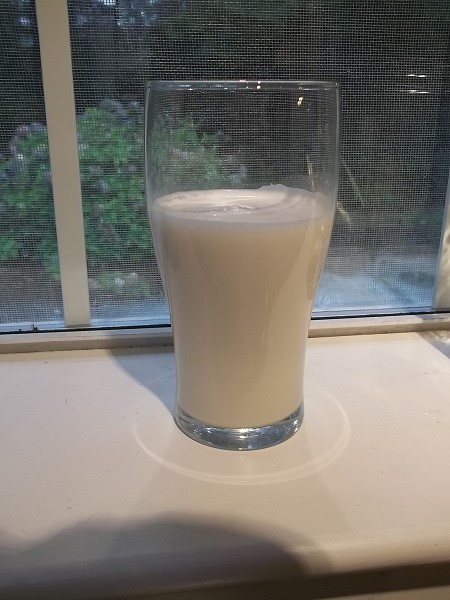 7 replies on “How to Make Homemade Almond Milk”

That pulp you compost at the end, can be made into almond meal. Actually, it is almond meal, you just need to dry it back out. 😀

Dehydrate it then toss it in the food processor and grind it back to a fine powder (not too long, or it makes almond butter) and you’re done.

That might be something my niece does with the pulp… I’d have to ask her. Anyway, the pulp always smelled too funny for me to consider doing anything with it besides tossing into the compost!

can you use this for cooking???? if so is there a conversion that needs to be used???? also has anyone tried it cooking???

I don’t see why not. In fact, I just did a brief Google search and it seems like you can use almond milk just like cow milk in any recipe. Just be sure to stir it well and then taste test the almond milk to be sure it didn’t go bad.

Would it be possible to can the almond milk once it’s made?

I wouldn’t try it since there’s no preservative present. I did a brief internet search but couldn’t find anything. Honestly, the dry almonds will probably last longer than any canned version of this.

Thank you for your answer. I’ll just continue storing the almonds and make the milk as needed. Thank you for the recipe, it looks delicious. I will certainly be making this version, it’s the healthiest on i have found.