I was sent this Survival Hax Tactical LED Pen for review and I can say that I was pleasantly surprised at the quality.

For starters, it came well protected in a foam case: 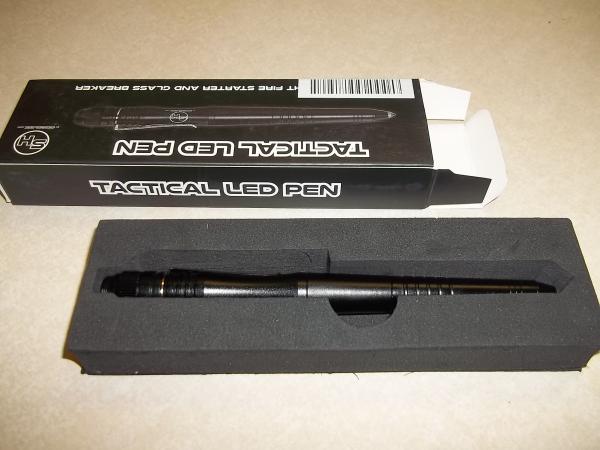 And here’s the pen outside the package for a better view: 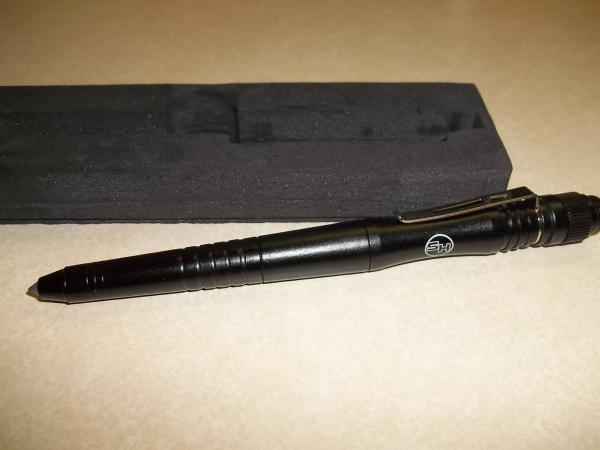 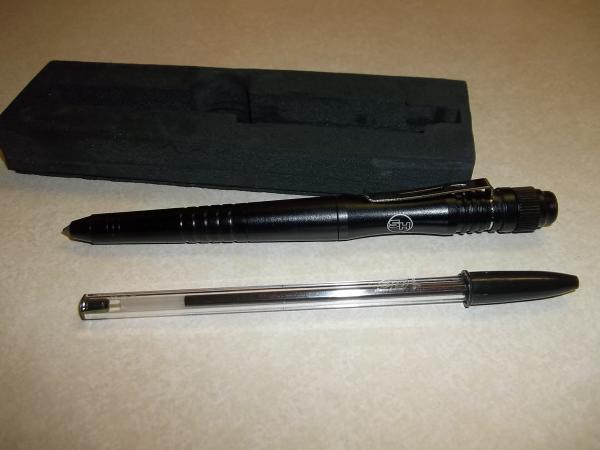 The first thing I tried was the light. It’s a simple twist on / twist off deal, similar to a pen light or maybe a keychain light: 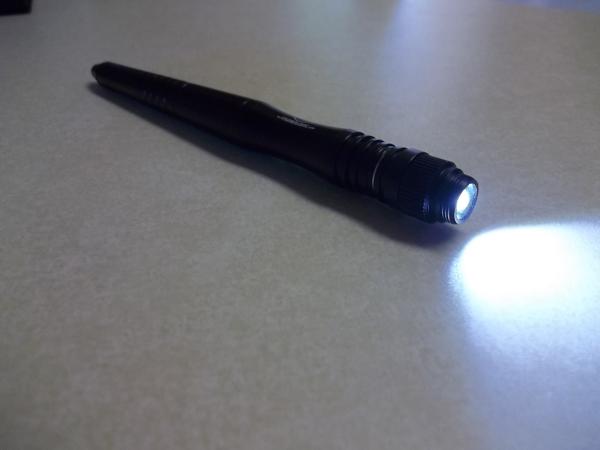 I took it into a dark bathroom and was able to use the light to see around quite well. Granted, it’s no Maglite but definitely as good as my LED keychain light, plus the Survival Hax light doesn’t have a focal point which I like quite well. Overall, the light will work great in confined quarters.

Next, I looked at the “business end” of the tool where the glass breaking tip is: 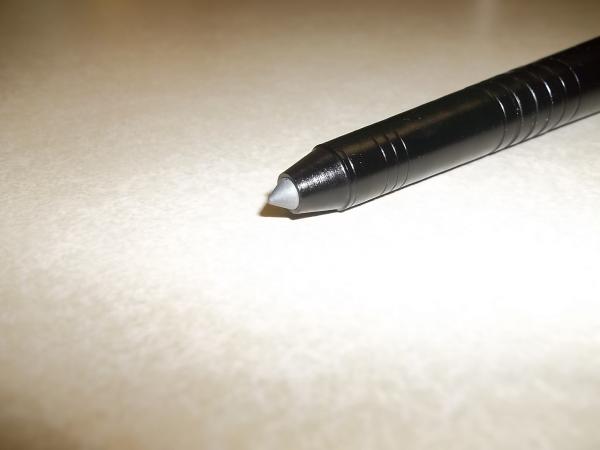 Granted, I didn’t try it as I didn’t have any glass I wanted broken, lol, but I can say that the tip comes to a nice point and I’m fairly confident that it would crack glass fairly quickly. Besides that, this tactical pen would double as a nice Kubotan for self-defense if needed. In fact, I occasionally carry one (a Kubotan) but I’ll just carry this instead.

To actually use this as a pen you would need to unscrew the glass breaking tip which is a bit annoying but understandable since if there’s anything you’d want quick access to in an emergency situation it would be the tip and not the pen: 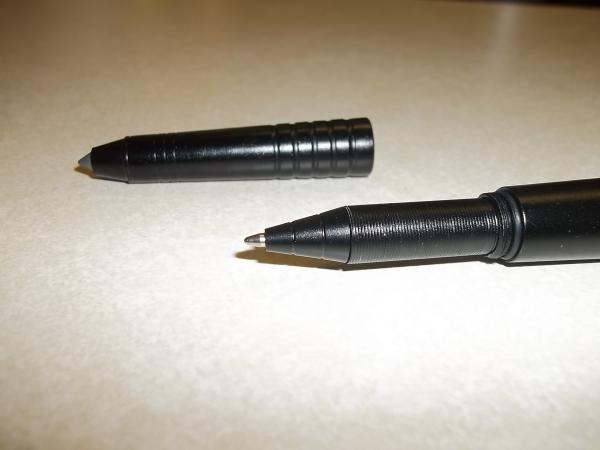 Regardless, the pen writes well and as expected. If you further unscrew the pen by gripping the threads above the pen tip you will expose the pen cartridge which can apparently be refilled, though, I don’t know where to find refills (I’ll have to look into that): 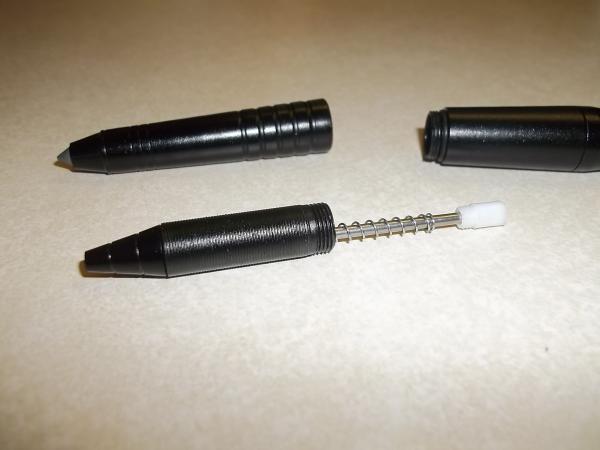 After putting it all back together, if you instead unscrew the tactical pen from the middle you will expose the fire starter as shown here: 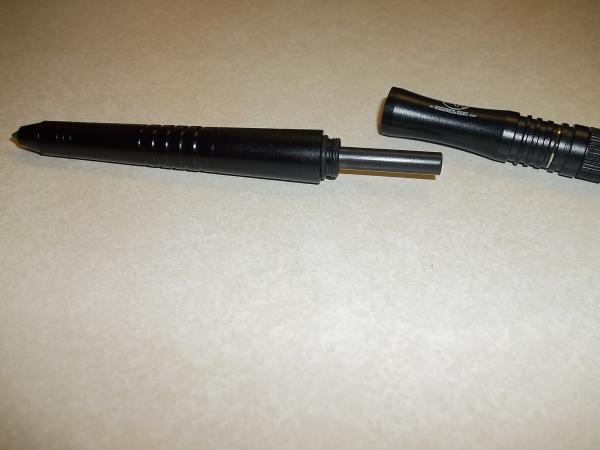 I did try it (but don’t have a photo) and, though not a Sweedish Firesteel, it worked well enough and certainly better than other fire starters I’ve used in the past.

Ultimately, I’m pleased with the Survival Hax Tactical Pen for the price. It’s fairly well put together, works as expected, and will make a decent addition to your EDC… I know I’m adding it to mine.