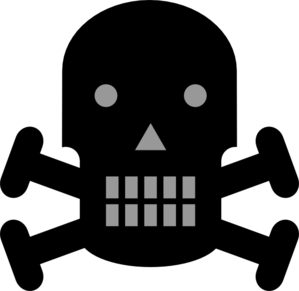 As you may know, I like to frequent the SurvivalistBoards forums but, sadly, rarely get into the discussions because I’m usually just not fast enough to comment. That said, this post on The Biggest Threat to Preppers grabbed my attention and I thought I would share it here. Before even reading the OP or any responses to it, I found that my immediate reaction was “NO! It’s going to be your neighbors!” My next reaction was that it could well be the government. After that I thought about an assortment of family members. 😉

Heck, preppers didn’t even make my top 3 list! So, I read his post and a few comments about it. Here’s the OP’s statement in full (exactly as posted):

“the biggest threat to preppers will be other preppers, let me explain……every the average prepper has six months to a year of water and food so what happens when the supply runs out….not u have a prepper hungry and thirsty with a weapon looking to do whatever it takes to survive…..all you need is a blow torch and a metal detector to find every buried safehouse and bingo one safehouse or bunker will fall one at a time ……..my solution I am building my underground bunker in a location with lush vegetation and with material that will not show up on metal detectors ….so what do yall think of this theory”

First, I understand that when times get tough it could very well be “every man for himself” and, while I certainly can’t say that we’re all Saints, I’d like to think that the vast majority of us preppers are morally better than the average person… survivalists… not so much. At the very least we’re naturally more prepared and more likely to have solutions that we can rely upon beyond the “I’ll come and take it” mentality.

Second, what’s to say that within six months to a year that my supplies won’t have run out too? I’d consider myself lucky to honestly make it that long… and that has little to do with my supplies and gear.

Third, I can see that it’s far more likely in a long term grid-down scenario that a year from the start you’re more likely to run into people who have prepped themselves beforehand but I would suspect that there will be plenty of “non preppers” who have survived and will cause plenty of trouble for you and yours.

In short, I don’t see preppers as being any more of a problem than the average person and, hopefully, will provide more solutions and help to the community than not.

So, what do you think? Is the OP right, wrong, crazy? Will preppers be more of a problem than most people in six months?

16 replies on “The Biggest Threat to Preppers Will be Other Preppers?”

No matter what the situation, there are always “vultures” around, and we will need to learn to recognize them, and deal with them. After 6 months, they should be thinned out a little, but I don’t think other preppers will be who we have to worry about.

We have been ‘fortunate’ enough to have experienced times where we had to eat solely from the pantry. I talk to a number of people every month about what they have and need. Most people are way short of their goals, more in some areas than others. I suggest everyone go on a 5 day fast to see what happens to your thought process when you are deprived nourishment and then reevaluate what you think your friends might do.

I went on a 5 hour fast and was already grumpy… I suppose that means I’m in trouble? 😉

I see the threat as this: any particular people (preppers or otherwise just survivors) who are well armed, but unprepared in other ways (no long term food storage, no method of growing food) AND are willing or desperate enough to use their arms as offensive weapons vs. defensive weapons.

Regarding your idea: “At the very least we’re naturally more prepared and more likely to have solutions that we can rely upon beyond the ‘I’ll come and take it’ mentality.” This leads me to a question that I hope to find more information/discussion on

When two groups of survivors (families, neighborhoods, group formed out of mutual necessity) encounter each other while bugging in or out, how do they go about interacting with each other so that there is a mutual benefit (barter/trade of goods & services), while at the same time not leaving their group open to an attack or sabotage? How do you develop trust with others/outsiders, but not so much trust that you leave yourself vulnerable? How do you “Trust, but verify” in these situations.

This of course is no easy discussion and I suspect involves many concepts such as psychology, negotiation, security, etc.

You raise a very valid question–how do you trust but verify–that I really don’t know how to answer as I haven’t given it much honest thought. I assume it starts with some sort of ground rules, exactly what those would be I’m not sure. I would imagine that if you’re ever in that situation you either have to NEVER rely on anyone else (not likely) or suck it up and have faith that the other group isn’t going to rob/harm you in the middle of the night.

The single biggest threat to EVERYBODY is the government ……..all other threats pale in comparison . Just sayin

Depends on how you want to look at it. I’ve always felt that “the guy down the street” that I don’t know but who is desperate will be my biggest direct threat.

Naomi- agree with your assessment. Preppers for the most part have a can do attitude and will be able to find a way to survive beyond stealing from others. It is not that hard to grow bean sprouts and container garden. Certainly living in a city will not be of any benefit and being part of a group will be very helpful

As much as I want to get away from the city I do beg to differ that living in the city will not be of any benefit. I would suspect that city folk will be more likely to get stuff such as grid power, food handouts, medicines, and most importantly… critical medical services (e.g., dialysis).

You have a very valid point about the benefits of populated areas. That’s exactly how it played in the 30’s … The greatest good (ie. numbers alone)can be done here. Not only did you have the bread and soup lines but most job creation happened here (of course, we were still manufacturing things). Many people moved from rural areas to the cities for this very reason. In our current era, the “benefits” of government spending keep the peace. If grid power needs to be shifted from one region to another, the higher populated areas will get it for the sheer necessity of maintaining order. In regards to medicine, there are a lot of specialized services you have to go to the city for now, why would that change?
This collapse, while inevitable, isn’t going to happen overnight. The Great Depression took a couple years to devolve into the popular picture of hardship. As the economy and job loss gets worse, the rural areas will be affected first. Shoot, with the analysis of voting in the last election we saw that the rural areas have already dropped in population due to economic deprivation. Rural areas receive less government assistance per capita now. Even with a stock market crash, runs on banks, etc. most of the population today is docile enough to SIT anxiously waiting for the government to fix things. The violence we see in Greece and Spain is concentrated in the big cities where the government officials are.
In our sophisticated first world society, what happens depends on what the talking heads on the boob tube tell us to do.

You should already know who there is in your neighborhood you can trust. Who has skill sets you don’t have, and be working with them to learn new things.

You should be teaching others what you can of your skills, as well.

Anyone preparing for long term events should already have seeds, have been growing gardens, canning, dehydrating, drying, etc. You have to know who you can count on, in your own family, and among your neighbors, to help with harvesting and guarding the area.

Now, how many of us have metal detectors? There may be a few, but not most. So, if, after the SHTF, you see someone in your area around homes with one, it is time to confront them, as a group, and if necessary destroy the device. Someone on someone else’s property carrying and using a metal detector is advertising their willingness to steal life from others.

The same goes for people unknown to the neighborhood snooping around grounds, looking into homes, sheds, barns, etc.

You have to make your presence known, and your intention to protect your area obvious. Otherwise you are inviting trouble and hardship into your lives.

Be on your guard.

Interesting scenario, I look at it like this. The most dangerous person to us preppers will be those who haven’t prepared for the issue at hand. Could be the government didn’t prepare to handle an emergency for the number of people affected like was demonstrated by Katrina. Or it could be that your neighbors or family members or other people who might have prepared but not as much or perhaps properly for the emergency at hand. Bottom line is you can’t prepare for every emergency to the extent needed to survive it so it would be better now to make relationships with like minded people to pull through whatever comes. 2 cents worth.

I think we can all agree that the government can’t prepare themselves to help massive numbers of people at any one time. Likewise, the vast majority of households are not prepared and never will be because they don’t see a need, are ignorant, complacent, etc. You’re right that it’s probably best to group with like-minded people but they’re far and few between. I know I’ve looked in the past but was sorely disappointed. About the best strategy I can figure is to convert close friends and family, though, it’s a LONG process and not always successful.

Look at what happened during the LA riots in 1992. Many diverse people became like minded when they perceived a common enemy.

I can imagine some preppers having that kind of mind-set, but not me. I am fully committed to ensuring that my family has the food, supplies, and skills, to survive and thrive. I am also fully committed to doing whatever is necessary to protect my family’s preps against all enemies. I am not, however, willing to steal from someone else. My moral code is based on the 10 Commandments and I will not waver. For me there is no compromise.

Any right-minded prepper knows he can’t survive forever on stored-up goods, and should have the skills to survive without relying on other people’s stores. I’d hope that in a long-term situation preppers would be coming together, working as a team, sharing their skills and rebuilding, rather than behaving like vultures. But then I suppose it all comes down to the individual.