The typical prepper stockpile should include the essentials like food storage, first-aid supplies, and fuel or energy sources – stuff that’ll be hard to find in an end-of-the-world situation. But what about alcohol? While most people might not think of it as a necessity, I would argue that a well-rounded stockpile includes plenty of booze.

What purpose would alcohol serve as part of my stockpile?

1. It’s a universal currency that will never lose its value. If you want to stock up on items that you can barter with, alcohol is close to the top of the list. A decent bottle of booze has a pretty consistent value in a barter situation, either as a means of enjoyment, or as an antiseptic (if the proof is high enough). Just like with ammunition, the demand for alcohol isn’t likely to slow down once the stores close.

[Editor’s note: be careful with stockpiling items solely for barter. If alcohol serves no other purpose for you, I wouldn’t recommend stockpiling it. In addition, some people will do anything for a stiff drink after SHTF, and it it becomes obvious that you’re the one with the good stuff then you may unwittingly make yourself a target of unwanted aggression.]

2. The right kind of booze even has medical applications. Any liquor that’s 40% ABV (alcohol by volume) or more can be used to sterilize wounds; surgical equipment can be sterilized with anything that’s 60% ABV or over. This becomes especially important when you can’t simply check into a hospital for injuries or infections. And what about the people who need dental work? They need something strong to numb the pain, and in that moment, alcohol is their best friend.

[Editor’s note: I’d be wary of using any sort of flavored alcohol for sterilization purposes, even if it has a high ABV.]

3. During hard times, alcohol can be a coping device. You don’t have to save your booze just for trade or medical emergencies. Think about all the occasions when you’d typically break out the hard stuff: celebration, consolation, or simply just relaxing with friends. In a crisis situation, none of that changes. We might not die without it, but alcohol can be just what we need to restore a little bit of normalcy. Don’t just prep for the bad times – stock up for the good times too!

[Editor’s note: I’m not sure this is the best time to use alcohol as a coping mechanism. Odds are that you’ll want to be aware and cognizant of what’s going on around you during a disaster or STHF scenario. Remember that bad things can happen fast, especially during an emergency situation!]

Keep in mind, though, not all alcohol is created equal. You wouldn’t want to stock up on the wrong kind of booze or open up a bottle and discover that it’s unusable. When choosing the alcohol that’ll go into your stockpile, the best thing to look for is the percentage of alcohol, or ABV. Some labels will instead list the “proof” of the alcohol which will always be twice the ABV. For example, a spirit that’s 40% ABV will be 80 proof.

With this in mind, let’s take a look at some of the most popular kinds of alcoholic beverages. Some of them are pretty much useless for long-term storage while others are a sure bet, which means a few of them can be good additions to your stockpile as long as you know what to look for.

The main thing that’s missing here is the high ABV, and by extension, potential resale value. There simply isn’t enough to make any of these beverages last through extended storage, and you definitely can’t use a wine cooler to sterilize a wound. In situations where you and your friends need a stiff pick-me-up, it would take a few beers to do the same thing as an ounce of hard liquor. My heart goes out to all the beer aficionados, but these types of alcohol won’t add much value to your stockpile.

People store wine in cellars for years, right? Surely that would be a reasonable choice. Well, yes and no…mostly no. There are some wines that can be aged for decades and still be tasty when they’re finally opened, but this is just a tiny percentage of all the wines out there. In order to get that level of quality you’re looking at potentially hundreds of dollars per bottle, and that just isn’t feasible for stockpiling. Even if you did magically find some reasonably priced wines that won’t turn to vinegar after 1 to 5 years, they still won’t be strong enough to use in medical emergencies, and, just like with beer or coolers, you’d need a fairly large amount to do the same job as a shot of hard liquor. Although there may be some people who would pay handsomely for a good bottle after SHTF.

This is where you have to really know what you’re buying. All liqueurs started out as liquor, and have had either sweeteners or flavorings added. Two examples include Bailey’s, at 17% alcohol and containing actual cream, and Jagermeister, which is essentially hard liquor (35% alcohol) infused with roots, spices, and herbs. A liqueur could last for several months, 10 years, or indefinitely – you just have to check the labels and do your research.

This category is where you’ll find the ideal booze to stockpile. Spirits like whisky, vodka, brandy, rum, tequila, and gin are strong enough to use in first-aid situations and will never spoil. You could stockpile nothing but vodka and whisky and be all set for trading, medical situations, and personal enjoyment.

All spirits are high enough in alcohol to prevent rogue fermentations (like you sometimes get with beer or wine), and they don’t contain additives that can spoil over time. They’ll even last once the bottle has been opened; just make sure the container is airtight.

If high alcohol content is the only thing you have in mind (i.e. you aren’t too picky about the flavor), then both Everclear and moonshine would fit the bill perfectly. Avoid mass-produced moonshine, since it won’t necessarily have the astronomical ABV percentage you’re probably hoping for, and maybe plan on having something to mix your booze with. At 70% to 95%, these liquors pack a punch.

While spirits are the most obvious option for your stockpile, you necessarily have to limit yourself. Just keep in mind that the more popular an alcohol is, the easier it’ll be to barter later on. With that in mind, stick with vodka, rum, and whiskey. Purchase lower-end bottles for barter and higher-end bottles for personal consumption.

How much to stockpile?

That’s entirely up to you as it depends on how long you expect to go without, whether you expect to consume it personally or share with others, and whether you intended to actually use it for bartering purposes. I wouldn’t start with cases of booze at all. Maybe start with a few bottles of the major spirits people enjoy–vodka, rum, whiskey–and add on as time permits. But ONLY do so if you have your other, far more important, supplies squared away first!

EcoGear FX is a manufacturer of tactical flashlights and other gear used by security, preppers, and for various camping and outdoor activities. Customers include law enforcement, military, investigation agencies, sportsmen and the general public. 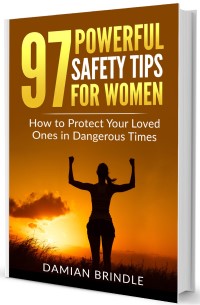