Survival flashlights seem to be everywhere these days, and for good reason: you need to be able to see! Besides, LED technology has slashed their costs over the years, made them brighter, and smaller too. But, which to choose? Below I’ve compiled the best flashlights on Amazon, including my person favorite the Maglite LED 3-Cell (which not only acts as a strong flashlight but also as an improvised weapon) as well as smaller pocket-sized flashlights such as the Mikafen 5 Pack Mini Flashlights which you should include in your EDC or bug out bag. I’ve even included two keychain-sized flashlights, the OLight i3E and Streamlight Nano (which I own and like). FYI, I also included at least two hand-crank flashlights which are another option, though, they surely shouldn’t be your first choice.

Lanterns, like survival flashlights, are becoming bright, more efficient, and cheaper thanks to LED technology. Also as with flashlights, I prefer to have a variety of lanterns, such as the Supernova LED Lantern and 4-Pack Camping Lanterns for the price (they’re also collapsible). And if you have propane and/or kerosene fuel (which you should) then you should include a Coleman Propane Lantern or other dual-fuel lantern. 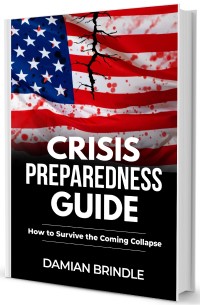